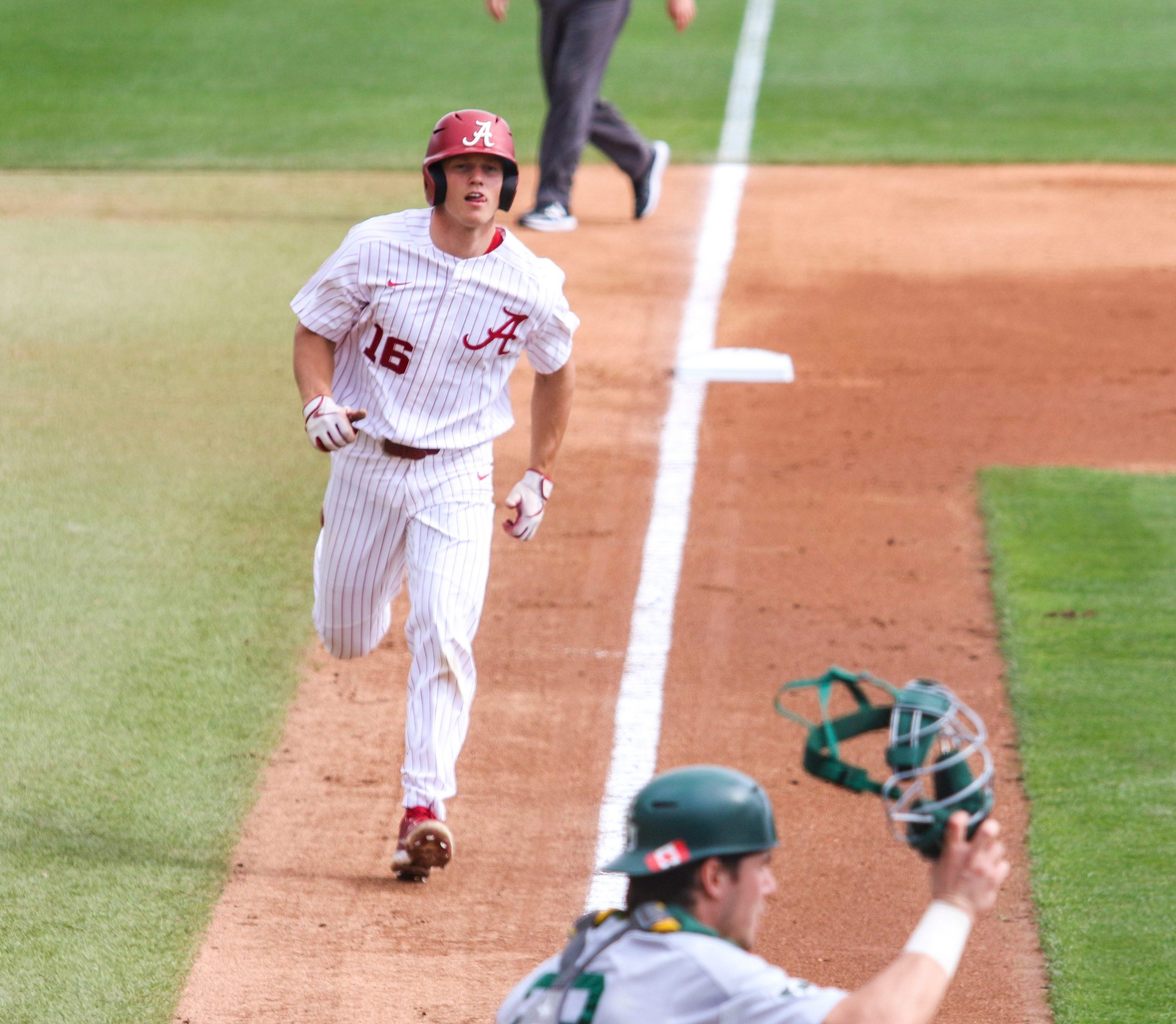 FAYETTEVILLE, Ark. – Alabama  picked up a big win Friday but failed to take the series against No. 1 Arkansas after dropping two games over the weekend at Baum-Walker Stadium in Fayetteville, Arkansas.

The Razorbacks evened the series Saturday with a 9-1 win that got away from Alabama late, and the Crimson Tide got behind early and fell 3-1 Sunday.

Here are three things we learned:

Alabama goes as Owen Diodati does

Owen Diodati started things off with a walk that turned into a run and added a 2-run home run later in the inning.

“(Diodati) is a hitter man,” Alabama coach Brad Bohannon said. “We need him to drive in runs for us to have the kind of season we want to have.”

A solid outing from the weekend rotation

Tyler Ras gave the Crimson Tide a career high 83 pitches and tied his career best with six innings of work and six strikeouts.

Dylan Smith picked up the loss after giving up three runs on Saturday but struck out nine in just 4 2/3 innings of work.

On Sunday, Antoine Jean picked up a loss but gave up just one run on three hits in five innings.

Alabama has a young roster that is led by a strong sophomore class that includes Diodati, Jean and leadoff hitter Peyton Wilson.

Because the season was cut short before conference play last season, the Crimson Tide saw two classes of young players make their debut this weekend, in addition to junior college transfers Jackson Tate and Will Patota.

In total, 14 players made their SEC debut in the series.

The Crimson Tide will then face Ole Miss in a weekend series that will run Thursday-Saturday.