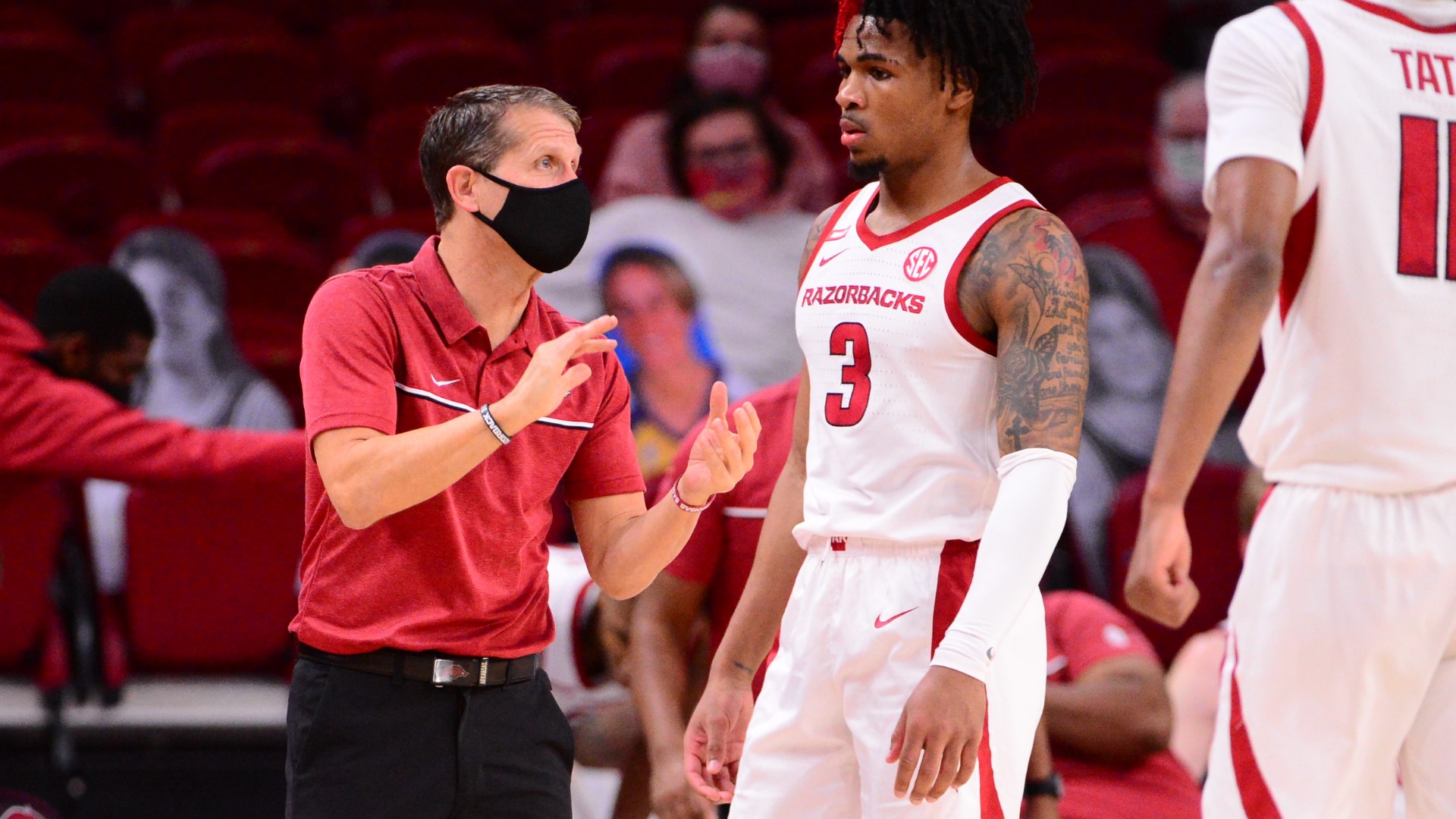 FAYETTEVILLE, Ark. — Moses Moody was named SEC freshman of the week on Monday.

In No. 12 Arkansas’ home wins over then-No. 6 Alabama and LSU, the Razorbacks’ star guard averaged 21 points, 6.5 rebounds, 4.5 assists and made a living at the free throw line, hitting 27 of 33 attempts.

He drew a combined 16 fouls in the two games.

Moody scored 24 points against the Crimson Tide and made 16 of 19 free throws. His four assists were good for a season-high until Saturday when he finished with five to go with 18 points and eight rebounds.

The nine assists are his most in a two-game stretch this season.

It is the second SEC freshman of the week award of the season for Moody. He grabbed the honor on Dec. 7 after averaging 21 points and 8.5 rebounds in Arkansas’ wins over UT-Arlington and Lipscomb.

“I think the key to basketball, a big key, is getting free throws attempted, and attacking with force,” Eric Musselman said Saturday. “Moses is doing that. His shots weren’t falling, but he did a great job of taking people off the bounce and flashing against their switching man-to-man. Fourteen free throws attempted is a lot.

“And he did a great job of finding an open gap, and then attacking once he got into the gap.”

Hogs make most of ‘Revenge Tour’