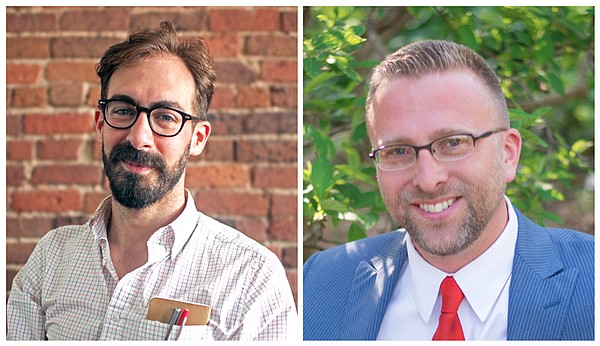 Challenging Petty this year is William Chesser, who ran for a Ward 4 seat in 2012.

Petty was first elected to the council in 2008 after defeating Mark Kinion, and was re-elected in 2012 with a victory over Adam Fire Cat and Ryan Abshire. Petty won a third term in 2016 with 60% of the votes against Gary McHenry.

As of late August, Petty has been present for 268 out of 294 council meetings for a 91% attendance rate.

Petty said his longtime priority of fighting climate change and inequality will continue to impact his decisions if elected for another term.

“In my next four years I am going to view policy decisions through two lenses: does this make climate change better? And, does this expand opportunity to those who have been left out?” he said.

Petty said he believes in the concept of “the 15-minute city” and will advocate for a local plan to embrace the model, which envisions everyone being able to meet most of their needs within a short walk or bike ride from their home.

“Even if we could only do a little — if we could put just a few jobs and homes and errands closer together — it makes a big difference for climate change and improves the quality of life for us all,” he said.

When asked about his dozen years on the council, Petty said he’s most proud of the things he did behind the scenes, including his work on the city’s Civil Rights Ordinance, initiating and securing funding for various master plans, reconstituting the City Board of Health, and writing Fayetteville’s mask ordinance in response to the COVID-19 pandemic.

Ward 2, which is typically associated with the downtown and Dickson Street areas, includes portions of the University of Arkansas campus and stretches west past Garland Avenue to Asbell Elementary School, and north to the Washington County Fairgrounds. The ward also includes the businesses along College Avenue in midtown, and many historic districts including Wilson Park.

The election is scheduled for Tuesday, Nov. 3.