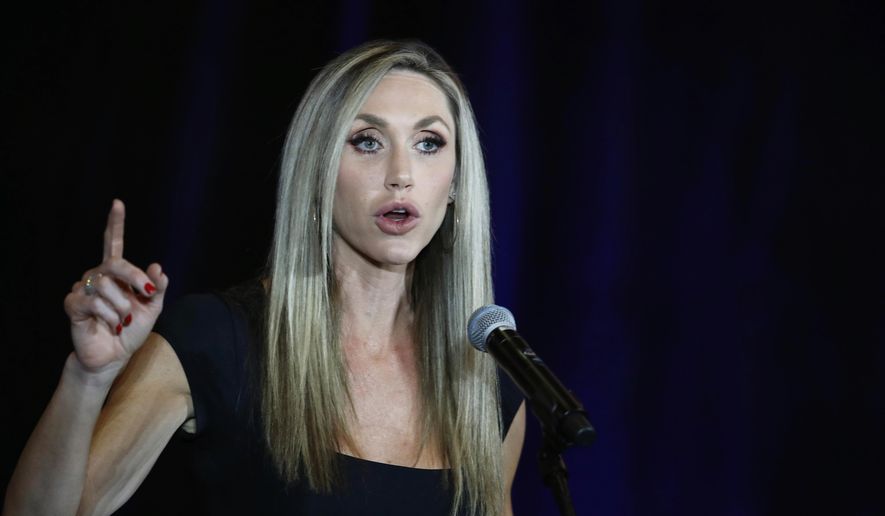 There have been months of speculation as to the political future of Lara Trump, the wife of Eric Trump and daughter-in-law of Donald Trump.

During an interview on Fox News with Sean Hannity, Lara Trump said she would not be running for the Senate in North Carolina in 2022, but she may still have political aspirations in the near future.

“Lara Trump, I guess I can’t ask the same question. You spoke with the president was in North Carolina over the weekend. I know you gave this serious thought. For now, you’ve taken your stuff out of contention to run for the primary in the state, your home state of North Carolina,” Hannity said.

“Yeah and you’re right, it was a really tough decision to make. I love my home state. I would love to have been able to run for the seat,” Trump began.

“But being a mom right now is going to come first for me. Having two young kids, one and three, I couldn’t be the mom to them that I feel I need to be in want to be, nor do I feel like I could be the senator North Carolina deserves right now should I have been elected,” she added.

“So you’re right, I said it is no for now but not know forever because we’ll see what happens in the future. You never know. Donald Trump became president. You never know what could happen. But we did have a great endorsement by my father-in-law, Ted bud, as you alluded to in the beginning of the segment, I got to campaign for Ted in 2018 when he was running for Congress,” Trump continued.

“He’s a great guy, former businessman like my father-in-law, running for the forgotten man and woman in America, really the American first policy and that’s what we are all about, heading into 22 and ‘24, we need to make sure we are focused on candidates that are putting America first,” she added.

DeSantis sends help to the border