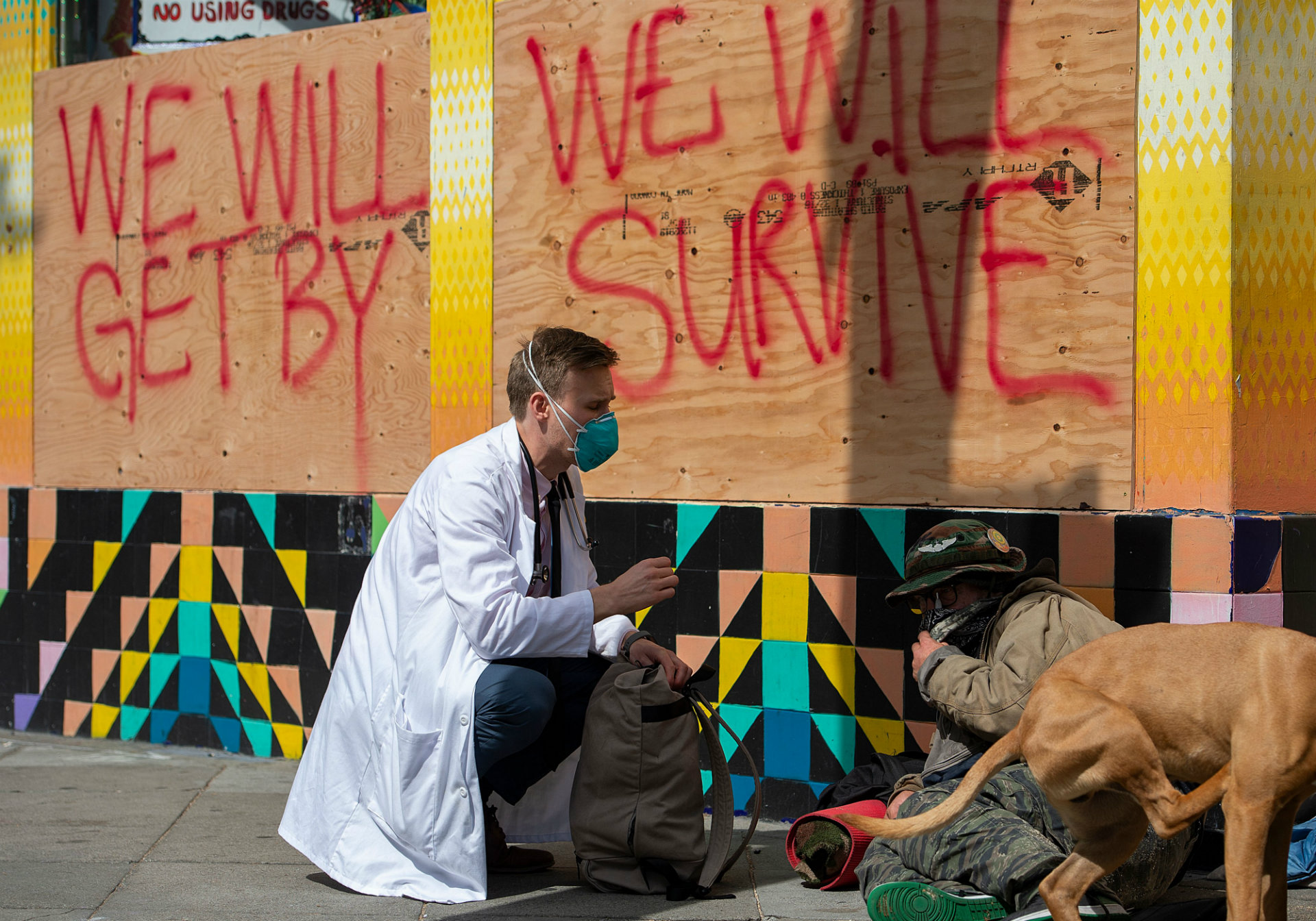 FAYETTEVILLE, Ark. — With bitter cold and snow in the forecast for the coming week, organizations across the state are gearing up efforts to help homeless people stay warm, while also containing the spread of the coronavirus in shelters.

In Fayetteville, money from the city’s Community Development Block Grant program is being used to help such people.

The U.S. Department of Housing and Urban Development approved a reallocation of the city’s block grant money to use as a cold weather response for people experiencing homelessness. The $50,000 is being used for hotel vouchers, transportation, emergency shelter operation and coordination, and supplies.

Staff members and volunteers with 7 Hills Homeless Center, the Salvation Army and Northwest Arkansas Continuum of Care spent the past few days visiting camps and shelters to tell people about available resources.

As of Friday, more than 60 people had received vouchers and were given rides to hotels in Fayetteville, Rogers and Bentonville, said Ryan Pearson, outreach navigator with the Continuum of Care.

Some shelters in that region and in Central Arkansas are feeling the strain.

Most of the 30 or so people at the city-sanctioned Safe Camp south of Seven Hills Court and Huntsville Road in Fayetteville are staying at shelters or hotels, Pearson said. Volunteers with MayDay Community Kitchen continue to take food to the site, where people expect to pick up meals at 12:30 p.m. daily, he said.

In Little Rock, the Compassion Center chief executive, pastor William Holloway, said Friday that the shelter was housing 200 to 250 people and had room for 100 more.

“I don’t know which one’s going to be the worse for them.”

He said the shelter was “put under quarantine” for 10 days last month because of a covid-19 outbreak, and it has added precautions to help protect people using the shelter. The shelter is arranging bunks to provide more social distancing and is taking people’s temperatures at the doors. Masks are required for anyone at the shelter.

Similar precautions are in place at the Union Rescue Mission’s two shelters in Little Rock.

The organization has been distributing sleeping bags and travel pillows for the past week in Central Arkansas.

It also has been helping organize travel from homeless camps to local shelters.

In Northwest Arkansas, the 7 Hills Center expanded its day center operation at St. James Missionary Baptist Church to Saturday and today, in addition to its usual hours from 8:30 a.m. to 3 p.m. on weekdays.

Jessica Andrews, chief executive officer of 7 Hills, said that “we’re working hard to collaborate with as many people as possible to keep people warm and sheltered right now.”

“It’s definitely an all-hands-on-deck approach, with the main goal to get as many people as we can indoors,” she said.

Prolonged exposure to extreme cold can trigger hypothermia or frostbite. Hypothermia occurs when the body’s temperature drops below 95 degrees, according to the Cleveland Clinic. Normal body temperature is 98.6 degrees. Frostbite can cause permanent damage to affected areas, typically the extremities.

The most expensive part of the cold weather response is getting people into hotels, Robinett said. Hotels are offering good rates, but they still have to cover their costs, he said.

The Salvation Army’s warming centers, which are separate from its shelters and can hold more people safely, have stayed open daily since November in Northwest Arkansas. Normally, the centers would open only if the wind chill hit 34 degrees or below.

“In a situation like what we’re facing right now, the impact is life and death,” Robinett said.

Information for the article was contributed by Andy Davis of the Arkansas Democrat-Gazette.