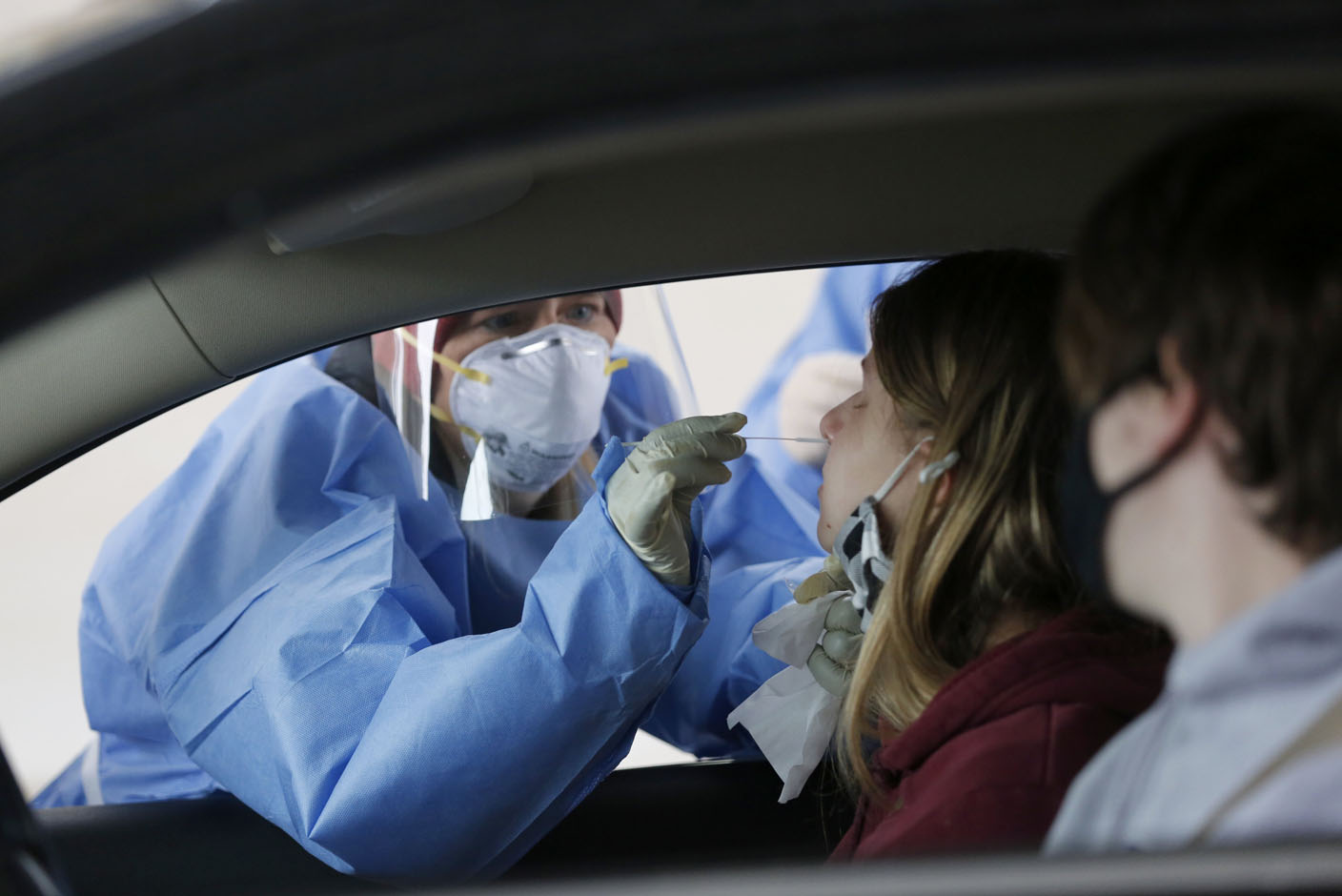 FAYETTEVILLE, Ark.– Fewer people seeking tests for covid-19 may indicate a declining presence of the virus in the region; however, the city’s Board of Health advocated residents continue diligently wearing masks, staying apart and washing hands.

The board met Wednesday online on Zoom. Members and panelists shared their experiences with testing at their respective institutions, saying they noticed a significant decrease in participants as of late.

For instance, Richard Taffner with the Washington County Health Unit of the Arkansas Department of Health said about 60 people per day are getting tested at the Fayetteville facility. That’s compared to about 150 a day in July, he said.

Lenny Whiteman with Washington Regional Medical Center said the hospital did about 300 to 400 tests daily at its drive-through clinic during the first two weeks of January. An average of about 150 to 175 a day came through over the past week, he said. The screening hotline gets about 250 calls per day, which is about half the volume of a few months ago, he said.

Huda Sharaf with the Pat Walker Medical Center at the University of Arkansas said the campus has seen a huge decrease recently in testing overall, and especially in asymptomatic testing.

Washington County’s percentage of positive tests has been trending down, said Marti Sharkey, the city’s public health officer. If people simply weren’t getting tested anymore, but the virus was still as prevalent as ever, the positivity rate would go up, she said.

Active cases have returned to pre-Thanksgiving levels. A chart on Sharkey’s webpage on the city website showed 895 actives cases as of Tuesday in Washington County. Active cases peaked Jan. 10 at 2,463. On Nov. 9, there were 886 active cases.

Sharkey suspected a combination of factors contributing to the decline of viral presence. The holidays went by and people aren’t traveling and interacting in person as much. There also may be some semblance of herd immunity happening between vaccinations and people recovering from having the virus once before, she said.

The Centers for Disease Control and Prevention says people infected with covid-19 who recover gain a natural immunity, although that natural immunity may be short-lived.

Deaths also appear to be on the decline. Sharkey said so far this month, Washington County experienced 12 covid-related deaths. There were 28 deaths from Jan. 1 to Jan. 10, she said.

Sharkey was quick to remind the public not to waver on best public health practices.