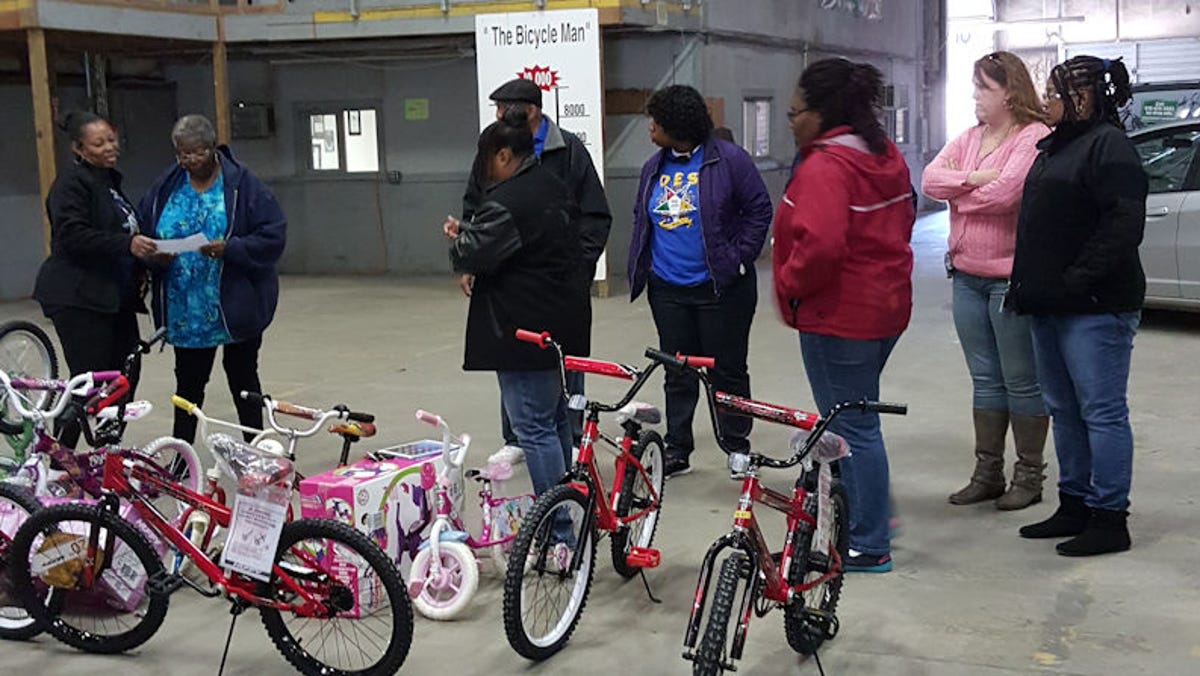 FAYETTEVILLE, Ark. – In the midst of a hard Christmas for many, one father-son duo is spreading some cheer.

For the Smith family, it has been the hardest year yet. But, they got a special gift this Christmas from a family using their love for bikes to bless others.

Ericka Smith is a mom of three and now, a widow after losing her husband in September.

She said this gift from Shane McKnight and his dad, Kevin all began with a post in a local Facebook group.

“I said, ‘Hey I’m a widowed mom of three, I don’t want a lot I just want enough Christmas decorations for my kids so that they can have a good Christmas this year,’” she said.

But, she and her kids were able to receive even more thanks to Shane and Kevin.

“I just love working on them and I like seeing people smile,” Shane said.

The dad and son started their own non-profit back in August, repairing old bikes to give away. Now, they also get brand new bikes from local businesses to donate.

“I had Shane reach out to me actually, he found me on the Facebook site and he said, ‘Hey do you guys need some bikes?’ and I was like, ‘Yeah we don’t have anything.’”

Shane said this was also a gift from himself because of how it makes him feel.

“Yes, it is fun to get, but it’s better to give… you get a good feeling in your heart.”

For the McKnight duo, this was all for a special mission.

“If it wasn’t for him my kids wouldn’t have had this beautiful present from Santa,” Smith said.

This year, Shane and Kevin’s goal was to give away 25 bikes however, they gave away 41. They said their goal for next year is to give away 100 bikes… and that work begins now.