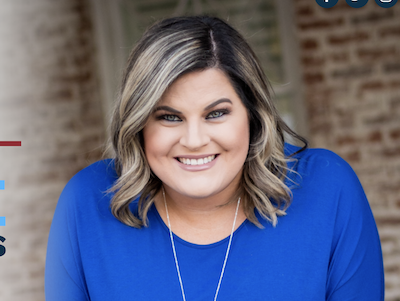 “I’m running for Congress because I’m tired of seeing the people who are supposed to represent us go to Washington and do nothing except fight with each other. I’m tired of watching powerful people play games and doing nothing that makes things better for the rest of us! It’s time we had a Representative who puts people first,” Mallett-Hays says in a video released today by her campaign.

On her campaign website, LaurenForArkansas.com, Mallett-Hays says, “In Congress, I’ll not only be a voice for Northwest Arkansas, I’ll make sure Arkansans have a voice in Washington, because I’ll listen to you. Together we can ensure our community continues to be a place we’re proud to call home — a growing, thriving community with good schools and good jobs that keep our families close.”

“In Congress, I’ll go to work every day focused on priorities that help Northwest Arkansas families not the deal making, back scratching, and grandstanding that goes on in Congress now. I will always focus on getting things done to bring more jobs and opportunity to Northwest Arkansas and expand access to quality education and affordable healthcare,” she says.

The mother of three, Mallett-Hays has been a store manager and a teacher and coach. She has a bachelor’s degree from UCA and a master’s from the University of North Texas. Her website lists healthcare, education and jobs and economic growth as priorities.