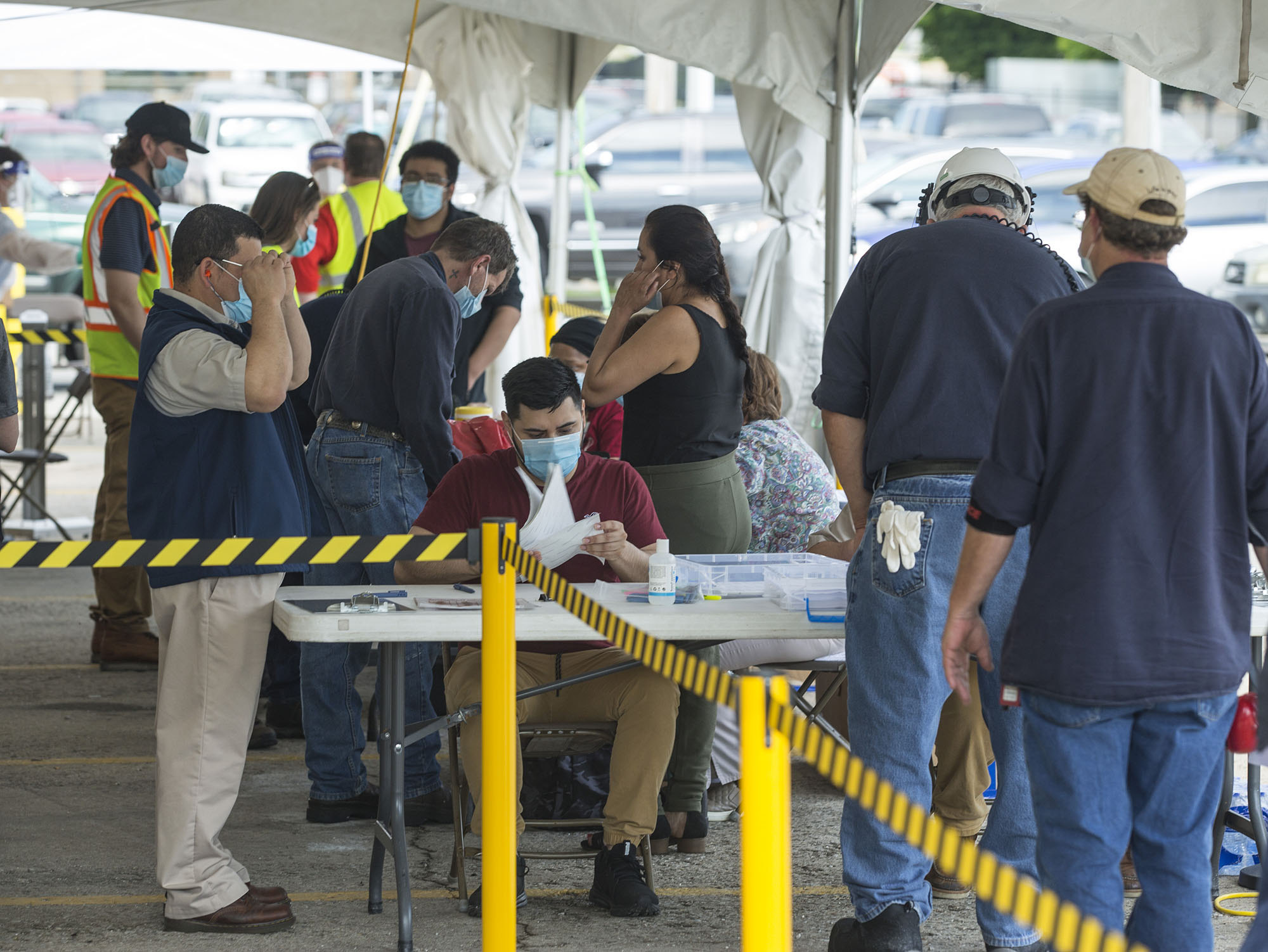 FAYETTEVILLE, Ark. – That is nearly one-third of the state’s 9,065 sickened workers reported by all industries from May 19, 2020, to April 8, 2021, according to an analysis of Arkansas Department of Health data by University of Arkansas School of Journalism and Strategic Media students in collaboration with the Howard Center for Investigative Journalism at the University of Maryland.

Businesses with five or more active cases were published in state Health Department covid-19 occupational illness reports during the pandemic. Tyson appeared in those reports 281 times in less than one year, the analysis shows. Walmart Inc., the largest Arkansas employer, had two appearances, totaling 12 sick workers.

Of Tyson’s 21 major state locations, four have not appeared in the occupational illness reports. The meatpacker’s Berry Street location in Springdale reported 416 cases, the most of any company workplace in the data.

At the start of the pandemic, U.S. meatpacking plants emerged as hot spots for the virus, infecting on average more than 1,000 people a week, as employers made efforts to follow federal health and safety guidelines, and to build trust with their workers.

Tyson, in particular, has spent hundreds of millions of dollars to protect its workers. In response to the recent analysis, spokesman Derek Burleson said in an email that case rates involving Tyson workers are currently very low.

“Tyson Foods has likely tested more employees for covid-19 than any other company in the country,” he said.

Despite efforts to create a safer workplace, Tyson’s covid-19 caseload was four times higher than any other company listed in the analysis. The second-highest count came from George’s Poultry with 704 cases, followed by 412 at ConAgra and 300 at Simmons Foods.

Ben Amick, professor and associate dean of research at the University of Arkansas for Medical Sciences’ Fay W. Boozman College of Public Health, said he wasn’t that surprised by the results.

Many of these workers are Latino or Marshallese, living in multigenerational households, who may or may not be allowed to use sick leave, Amick said. State data show these populations were disproportionately affected by the virus. As outbreaks occurred “we went from a more focused spread at the workplace to a more uncontrolled spread everywhere.”

Tyson executives said earlier this week that effects from the pandemic have hurt earnings and production with worker turnover and absenteeism as large issues. Some of that is attributed to child care or safety concerns during the pandemic.

Unions and worker advocates have described poor conditions inside processing plants, especially during the pandemic. In a recent hearing, Debbie Berkowitz, worker safety and health program director at the National Employment Law Project, said employers were slow to roll out masks and protective equipment, and the guidelines that were put in place did little to help.

“For years, the industry has been warned that it must prepare for a possible pandemic,” she said in March. “But the industry did not prepare.”