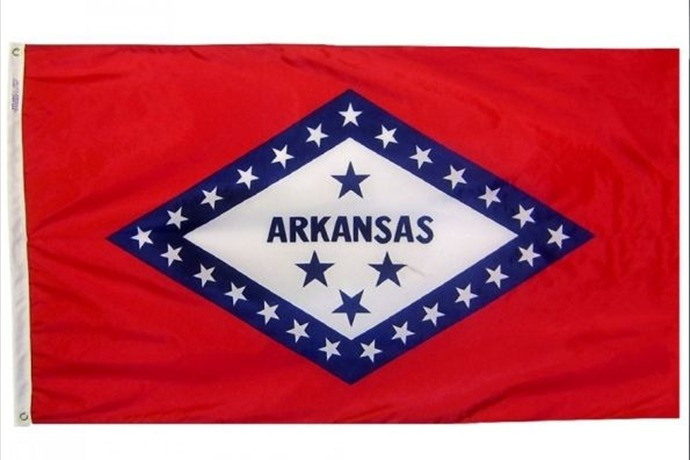 FAYETTEVILLE, Ark. — The over 100 year old state flag of Arkansas could undergo some changes.

State Representative David Whitaker from Fayetteville is introducing legislation to change the flag to three stars instead of its current one star above and three stars below the word ‘Arkansas.’

Whitaker said three stars below the flag represent the state being under Spain, France and the United States.

The star above Arkansas represents when the state was under the Confederate States of America.

Shondra Hickerson from Van Buren said her priority is to preserve parts of history even if it’s controversial.

“Everybody that died to have our country like it is today what was it for if we start tearing down history if you start forgretting the history of this country it’s bound to repeat itself.”

The bill was introduced this week and Whitaker said if it’s signed into law it will not go into effect until June 15, 2022.