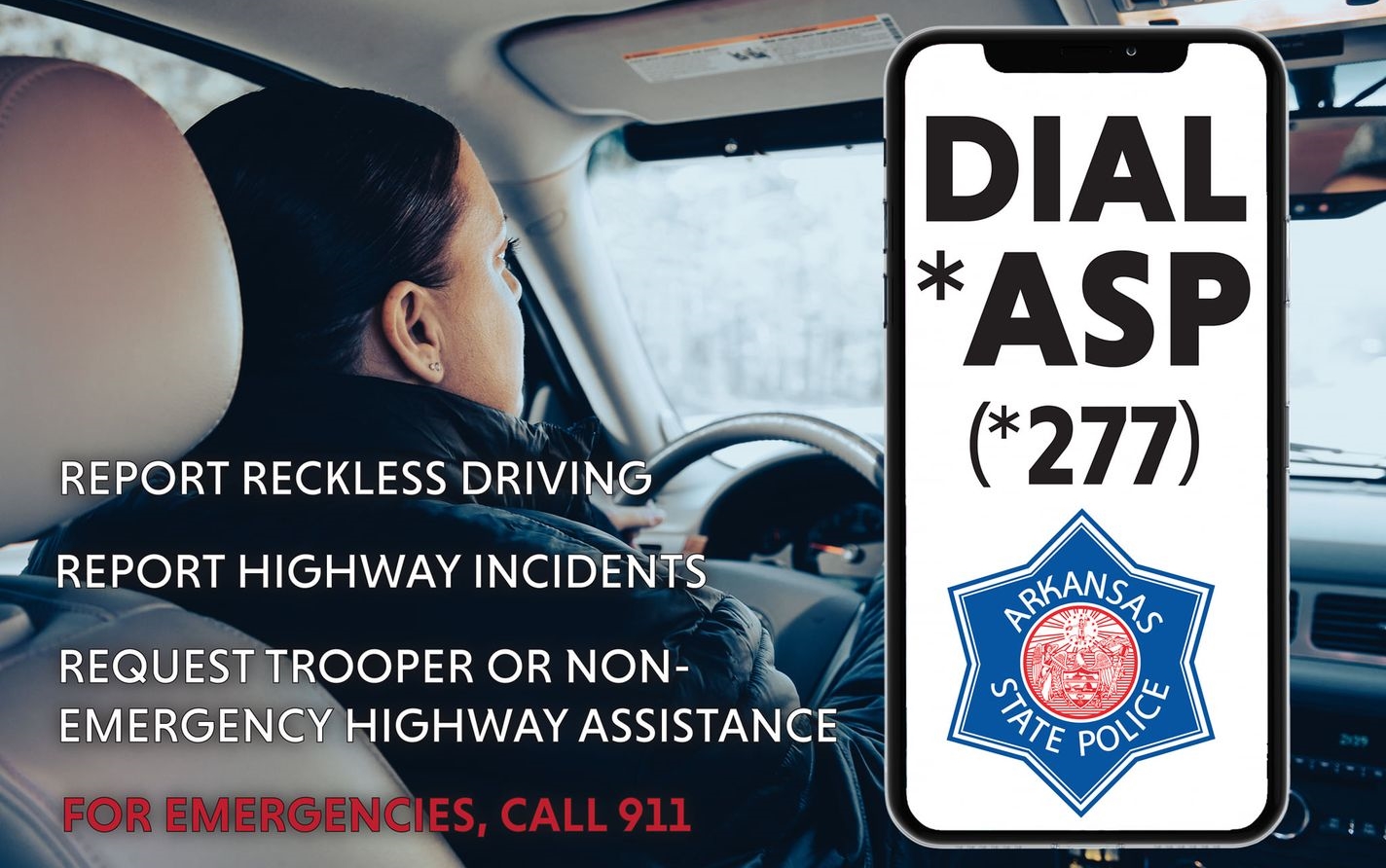 ARKANSAS, USA —  The Arkansas State Police opened a new *277 non-emergency phone line for drivers to use when they are stranded, lost or have safety concerns while on the roads.

The Governor Asa Hutchinson revealed the *277 number this week, which was made possible through two state government agencies and three phone carriers.

According to the governor, 200 signs will be put up at state and county lines, along major freeway interchanges and in every 30-mile increment across the state. Reportedly, it will cost around $55,000 and will take up to 6 weeks to install the signs. The crews will start the  installation in the Little Rock metro area and will work their way out the 16,000 miles of U.S. and state highways.

The Police says this new non-emergency line is not a substitute for calling 911 in case of emergencies.

“The types of calls we anticipate receiving include those from stranded or lost motorists,” said Colonel Bill Bryant, Director of the Arkansas State Police. “Additionally, we encourage callers to use the *ASP speed dial for reporting suspicious activity they may notice on the highway or safety concerns related to dangerous driving of others.”

“This project has proven to be a collaborative effort by many, all working together, to help make traveling in Arkansas a safer experience and better serve the citizens and our visitors,” said Lorie Tudor, Director of the Arkansas Department of Transportation.