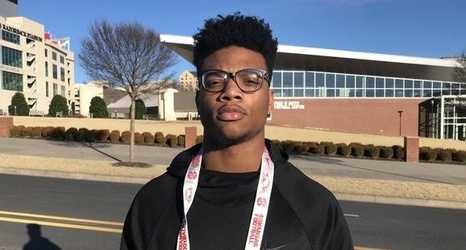 FAYETTEVILLE, Ark. — When you have the standard of excellence that the Midwest City (Okla.) Carl Albert football program has achieved over the last three decades, a lot is expected each season.

The Titans, who feature Arkansas tailback pledge Javion Hunt (6-2, 205, 4.41), have won 49 of their last 50 games, four straight Class 5A state titles and 15 state championships in its history.

The school has produced athletes such as Philadelphia Phillies all-star catcher J.T. Realmuto, who quarterbacked the Titans to a title back in 2009 before heading to a Major League Baseball career.

“We have been very fortunate to have some great young men and a lot of success,” Carl Albert head coach Mike Corley said.