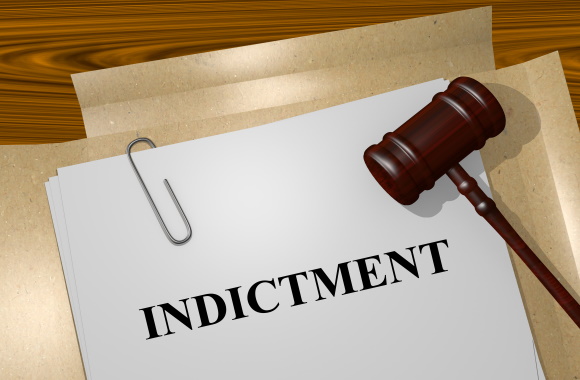 FAYETTEVILLE, Ark. – The Department of Justice announced today that Simon Saw-Teong Ang, 63, of Fayetteville, Arkansas, was indicted by a federal grand jury in the Western District of Arkansas on 42 counts of wire fraud and two counts of passport fraud.

“Transparency and integrity have long sustained the pursuit of knowledge on America’s campuses,” said Assistant Attorney General for National Security John C. Demers.  “Mr. Ang is alleged to have demonstrated neither when he failed to disclose his financial and other ties to companies and institutions in China to the University of Arkansas and to U.S. government agencies, despite an obligation to do so.  This is a hallmark of the China’s targeting of research and academic collaborations within the United States in order to obtain U.S. technology illegally. The Department of Justice will continue to work with colleges and universities to protect U.S. research and development from exploitation by foreign powers and will prosecute those who defraud the U.S. Government.”

“This case is the result of the tireless efforts of our Federal law enforcement partners at the FBI and the State Department,” stated Acting U.S. Attorney Fowlkes for the Western District of Arkansas. “The wire fraud in this case affected not only the University of Arkansas, but also several other important United States Government Agencies such as the National Aeronautics and Space Administration (NASA) and the United States Air Force. It is our sincere hope that this investigation sends a strong message to those who would attempt to defraud the Federal Government.”

“The significant federal charges leveled against Simon Ang demonstrate how real the PRC’s pervasive threat is to Arkansan innovation and businesses,” said FBI Little Rock Special Agent in Charge Diane Upchurch. “Our counterintelligence agents work tirelessly to protect our state’s economy from foreign adversaries. Throughout this investigation, we were proud to partner with the U.S. Air Force Office of Special Investigations, NASA’s Office of Inspector General, the Diplomatic Security Service and prosecutors from the U.S. Attorney’s Office of the Western District of Arkansas.”

The indictment charges that beginning as early as June 9, 2013, and continuing to on or about May 8, 2020, in the Western District of Arkansas, and elsewhere, Ang, knowingly and willfully devised and intended to devise a scheme and artifice to defraud and to obtain money and property from unknowing United States Government Agencies, the University of Arkansas, and others by means of material false and fraudulent pretenses, representations and promises and the concealment of material facts for the purpose of obtaining money and intellectual property that he would not have received had the University of Arkansas and other government authorities known the facts involved in his scheme and artifice to defraud.

The indictment also charges Ang with two counts of making false statements on a passport renewal application. Specifically, the indictment states that on or about Aug. 5, 2019, in the Western District of Arkansas, Ang, willfully and knowingly made a false statements in an application for a passport with intent to induce and secure for his own use the issuance of a passport under the authority of the United States, contrary to the laws regulating the issuance of such passports and the rules prescribed pursuant to such laws, in that in such application the defendant stated that he was not known by any names other than “Simon Saw-Teong Ang,” which statement he knew to be false. The indictment also charges that Ang also listed immediate travel plans for a trip to Singapore with a departure date of Aug. 30, 2019 and a return date of Sept. 7, 2019, which statement he knew also to be false.

If convicted, Ang faces a statutory maximum punishment of 20 years in prison for each wire fraud count and 10 years in federal prison for each passport fraud count.  If convicted, Ang’s sentence will be determined by the court after review of factors unique to this case, including Ang’s prior criminal record (if any), Ang’s role in the offense and the characteristics of the violations.