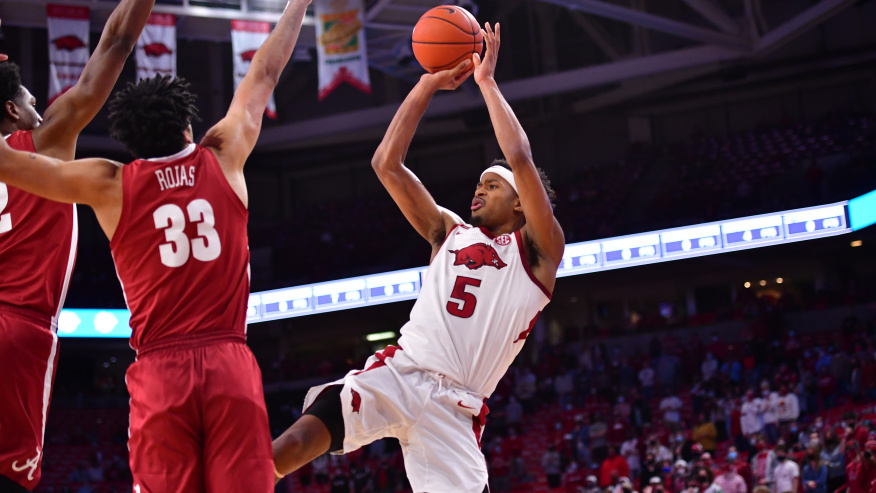 Arkansas— Arkansas’ Moses Moody was honored Monday as SEC Freshman of the Week.

It marks the second time that Moody, who’s fourth in the league in scoring at 16.6 points per game, has won the league’s freshman of the week award.

Moody’s first league freshman of the week honor came in early December after he put up then-career-highs of 24 points and 9 rebounds in a win over Texas-Arlington.

Moody has started all 24 games of his Hogs career. The 12th-ranked Razorbacks (19-5 overall, 11-4 SEC) have won 9 consecutive SEC games and hold sole possession of second place in the league with two more regular-season games remaining before the SEC tournament (March 14-18 in Nashville, Tenn.).

College baseball rankings: Arkansas emerges as No. 1 for first time in poll history