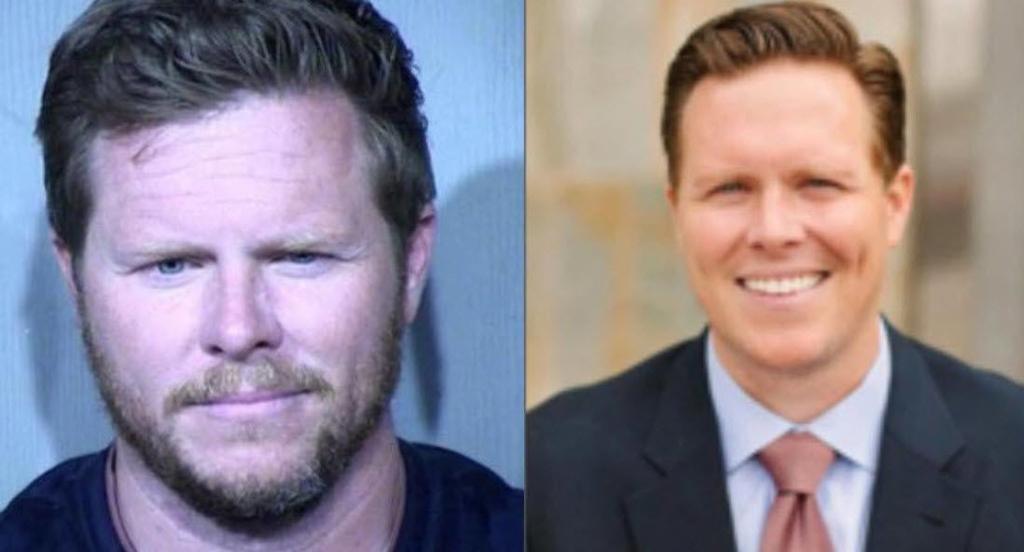 FAYETTEVILLE, Ark. — Arizona prosecutors are seeking the stiffest possible prison sentence for a former metro Phoenix politician convicted in an illegal adoption scheme that could land him behind bars for as many as 18 years.

Prosecutors haven’t publicly disclosed precisely how many years in prison they will seek for Paul Petersen, a Republican who was Maricopa County’s elected assessor for six years.

Petersen also worked as an adoption attorney and will be sentenced Friday in Phoenix on fraud convictions stemming from his acknowledged operation of an illegal adoption scheme in Arizona, Arkansas and Utah involving birth mothers from the Marshall Islands who were brought to the United States.

Arizona prosecutors have said in court records they want Petersen ordered to serve aggravated sentences on multiple convictions consecutively, rather than at the same time. Under such a scenario, Petersen could face as many as 18 years, according to court records showing the sentencing ranges he faces.

Petersen, who in January started serving a six-year prison term for a conviction of conspiring to smuggle people to Arkansas, is asking for an Arizona sentence of five years or less and to be allowed to serve it at the same time he’s serving his Arkansas prison time.

Authorities have said Petersen illegally paid women from the Pacific island nation to give up their babies in at least 70 adoption cases in the three states. Investigators estimated that Petersen handled a minimum of 30 Marshallese adoptions a year in Northwest Arkansas.

Citizens of the Marshall Islands have been prohibited from traveling to the United States for adoption purposes since 2003.

Petersen is being sentenced in Arizona for submitting false applications to the state’s Medicaid system so the pregnant Marshall Islands women could receive state-funded health coverage — even though he knew they didn’t live in Arizona — and for providing documents to a county juvenile court that contained false information. His sentencing in Utah on human smuggling convictions is scheduled for Monday.

Arizona Attorney General Mark Brnovich’s office, which is prosecuting Petersen, called for aggravated sentences in the Arizona cases in a court filing last year but didn’t respond to requests for comment Tuesday and Wednesday about how many years in prison prosecutors want the former assessor to serve,

Prosecutors have said Petersen was in a position of trust as an attorney and elected official, but arbitrarily made up numbers when calculating adoption costs and, in court filings, regularly misrepresented how long he had been paying birth mothers’ living expenses.

“The defendant acted without remorse because he believed his reputation would shield him from suspicion,” prosecutors wrote in court documents. “As an attorney, the defendant knew better than most the potential ramifications of his actions and he took advantage of the trust people had in him.”

His attorney, Kurt Altman, said in court records Petersen recognizes the wrongfulness of his actions, pleaded guilty to charges in three states, no longer has a license to practice law and has paid back $679,000 in health care costs to Arizona out of the more than $800,000 prosecutors said the fraud cost taxpayers.

“The only person Mr. Petersen has to blame is himself, and he recognizes that,” Altman wrote.

Petersen previously said he’s a fiscal conservative and was ashamed for sticking Arizona taxpayers with the labor and delivery costs of the birth mothers.

In the Arkansas case, Petersen was given a prison term two years longer than sentencing recommendations called for after a judge concluded Petersen misled or instructed others to lie to courts about adoptions that wouldn’t have been approved had the truth been told to court officials.

That judge also flatly rejected Petersen’s claims he initially thought he was acting within the bounds of the law but later realized what he was doing was illegal. Petersen has appealed the Arkansas sentence.

His October 2019 indictment in Arkansas left 19 birth mothers and the prospective adoptive parents in legal limbo in Washington County Circuit Court in Fayetteville. Those cases were dealt with under sealed records.

Petersen’s Arkansas law firm kept as many as 12 pregnant women at a time in a single-family home in Springdale as part of his adoption practice, according to court documents. As many as 10 at a time lived in another home in De Queen, according to statements made at Petersen’s plea hearing.

Northwest Arkansas has the largest concentration of Marshallese in the United States, other than Hawaii, according to the U.S. Census Bureau. Petersen opened a branch of his law firm in Fayetteville in 2014, according to court records.

Petersen is a member of The Church of Jesus Christ of Latter-day Saints and earlier in his life completed a proselytizing mission in the Marshall Islands, a collection of atolls and islands in the eastern Pacific, where he became fluent in the Marshallese language.

After the allegations of adoption fraud emerged, Petersen kept working as the assessor for the most populous Arizona county for nearly three months amid heavy pressure to resign, which he did in January 2020. He was responsible for determining property values in the county that includes Phoenix.

Petersen has said he helped people with hundreds of legal adoptions after he discovered a niche locating homes for vulnerable children from the Marshall Islands and helping needy mothers who wanted a more stable family life for their children.