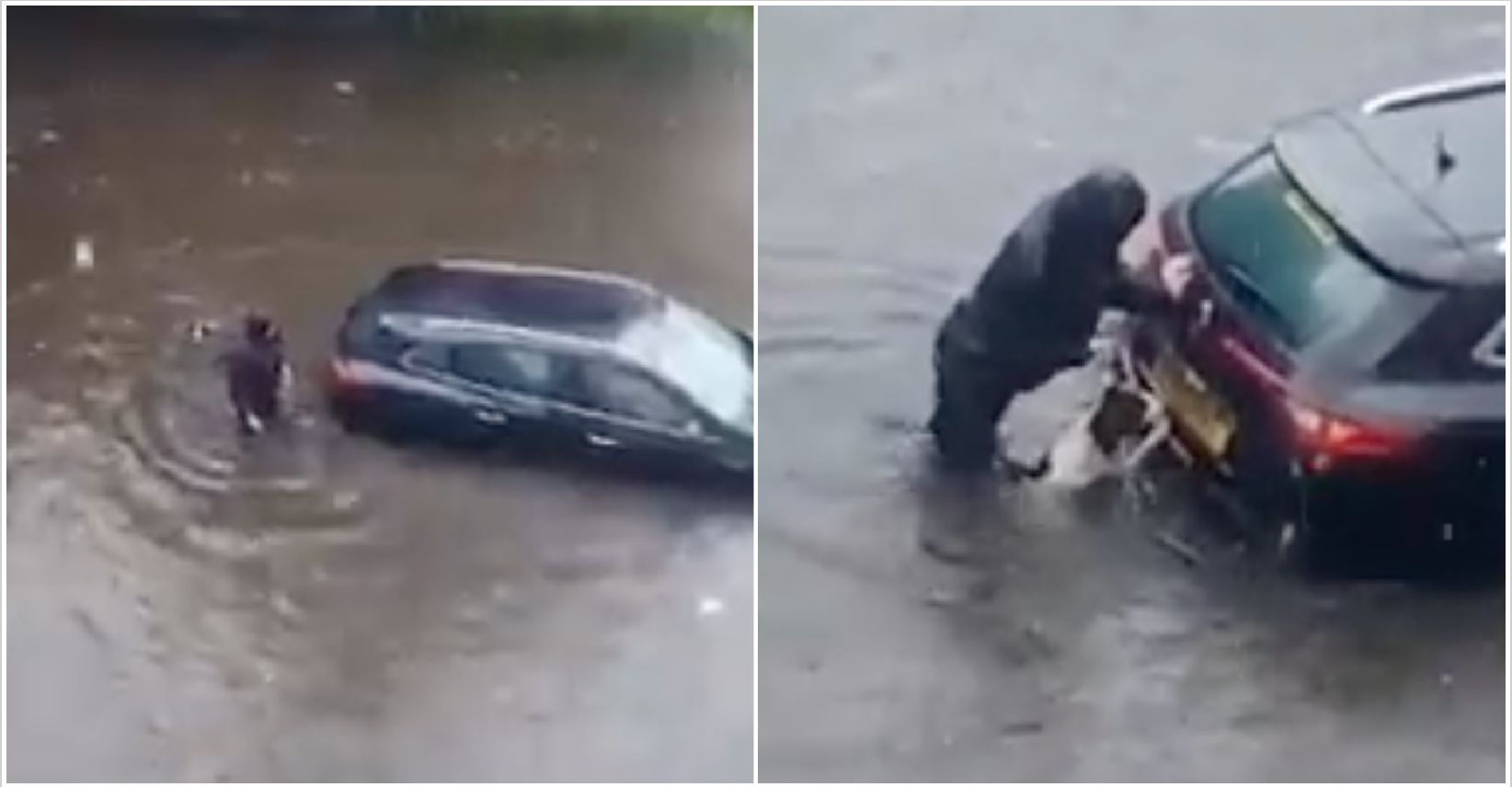 It’s always great to have a pet dog by your side. They always know just how to provide loyalty and support when we need it most. That was especially true for one dog, who saved the day by helping his owner get a stranger’s car unstuck after it became trapped in heavy flooding — a heartwarming rescue captured on video.

Lori Gillies, from Scotland, is the owner of a Springer Spaniel named Puck. The duo became local heroes over the weekend after coming to the rescue after finding a car trapped in flood waters.

“Puck and I were out on our usual walk and there was a car that was stuck in the water,” Lori told the Daily Record. “There were two women inside and I went down to give them a hand.”

Scotland has faced dire weather in recent days, as torrential rain and thunderstorms have caused flooding and traffic problems.

“We’ve never really had flooding as bad as that there,” Lori said.

Lori and Puck decided to help the women out by giving their car a push. Little did they know, the whole situation was caught on video by an overhead bystander, who watched in amazement — especially after Puck decided to join in and help push the car!

“The dog’s pushing it now. Brilliant,” Davie Keel, the local man recording the video, is heard saying. “There you go. Wee dog giving it a push. Look at that.”

Lori says that while Puck is 10 years old, he’s still in good shape, and was clearly eager to do his part. The driver took the handbrake off, and with her dog helping out by her side, Lori was able to push the car to dryer grounds.

“Once the handbrake was off it was just a quick push or two and the it started rolling,” she told the Daily Record.

Lori eventually heard about the video of her and Puck’s good deed, and shared it on her own Facebook. “Just doing a good deed helping this car and [its] owners get to drier land,” she wrote. “Puck really is the best dog in the whole wide world.”

“I’ll be back. I’ll walk again”, Paralyzed former football player walks at his graduation for the first time in public after 12 years in a wheelchair

Will Smith’s daughter Willow Smith opens up about being polyamorous