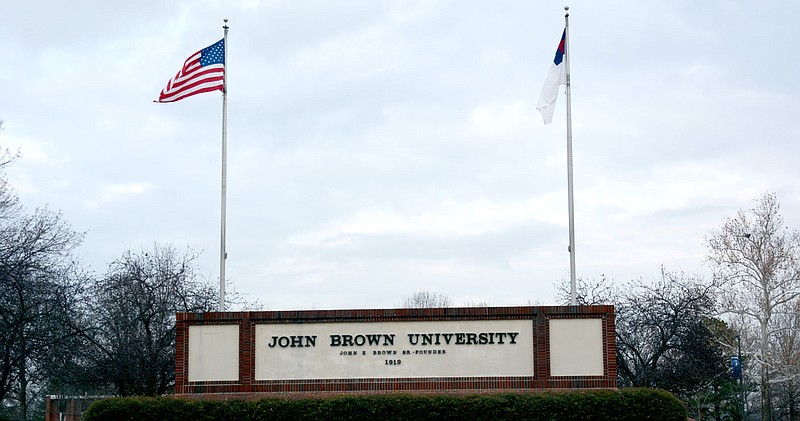 The new scholarship will be awarded to students from Northwest Arkansas who have financial need, and it will be made available next fall semester. The cash gift of $150,000 has been matched with an additional $150,000 from John Brown University for a total new endowed scholarship of $300,000.

“We are grateful to The Willard and Pat Walker Foundation for their generous gift to honor June and Robert Lloyd,” said Jim Krall, vice president for university advancement. “Because of the foundation’s generosity, more students will have the educational opportunities from JBU that may not have been available to them without the creation of this new scholarship.”

Robert James “Jack” Loyd and Iris “June” Loyd met in high school in Burbank, Oklahoma. Jack and June were married in 1943, and when Jack returned from WWII with the Navy, his family started an agriculture business in Springdale, Arkansas. This was the start of Springdale Farms, one of the first poultry processing plants in the 1950s, and as the company grew, they built a new plant north of Springdale. About a year later, they met Willard and Pat Walker and started a lifelong friendship that included a love of horses, farms, the rural life and their time together attending John Brown University events.

The Willard and Pat Walker Charitable Foundation previously gave a gift of $4 million to build the Pat and Willard Walker Student Center and Walker Residence Hall on the JBU campus. Additional gifts to JBU by the foundation created endowed scholarships and contributed to the construction of Northslope Apartments, Bill George Arena and Simmons Great Hall.